India's UN Resolution on Yoga Gets Record Backing of 130 Countries 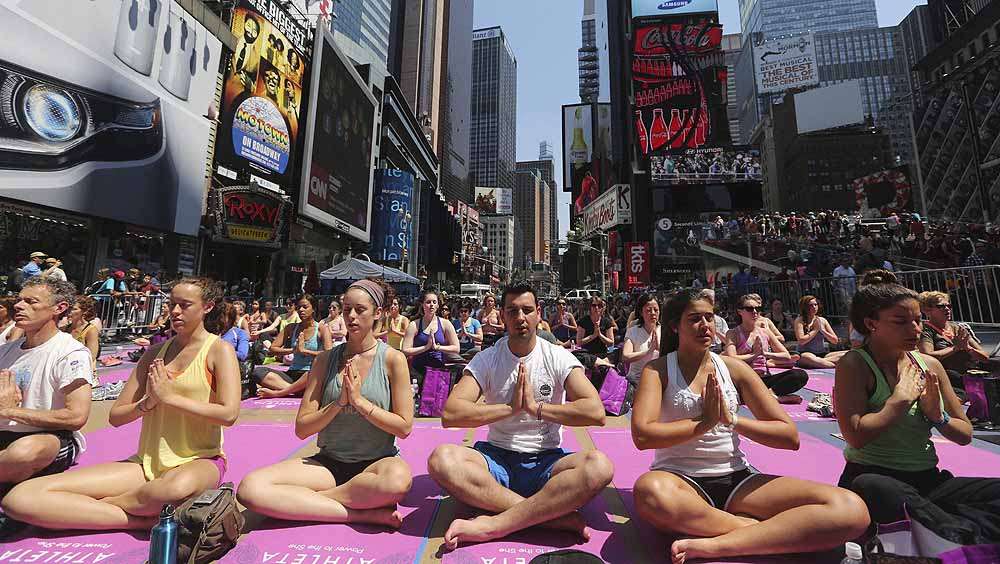 In an overwhelming response to Prime Minister Narendra Modi's call for commemorating an International Day of Yoga, about 130 countries have joined as co-sponsors to an India-led UN General Assembly resolution recognising yoga's benefits.

The draft resolution for an 'International Day of Yoga' was prepared by India and informal consultations
were convened last month by the Indian mission in the UN General Assembly where views on the topic
were expressed by other delegations.

The draft resolution, known as the 'L Document,' was finalised with 130 countries co-sponsoring it, an all-time record for a resolution of such kind.

The draft resolution, expected to come up for adoption in the General Assembly on December 10, would recognise that "yoga provides a holistic approach to health and well-being," echoing Modi's remarks in his maiden address to the 193-member body in September.

Modi had asked world leaders to adopt an International Yoga Day, saying that by changing lifestyle and creating consciousness, it can help us deal with climate change.

"Yoga embodies unity of mind and body; thought and action; restraint and fulfillment; harmony between man and nature; a holistic approach to health and well being," he had said.

The resolution would also proclaim June 21 as the 'International Day of Yoga'.

It would recognise that wider dissemination of information about the benefits of practising yoga would be beneficial for the health of the world population and invite all member and observer states, organizations of the United Nations system and other international and regional bodies to observe the International Day in order to raise awareness of the benefits of practising yoga.

It would also note the importance of individuals and populations making healthier choices and following
lifestyle patterns that foster good health.

The resolution would underscore that global health is a long-term development objective that requires
closer international cooperation through the exchange of best practices aimed at building better
individual lifestyles devoid of excesses of all kinds.

Significantly, overwhelming support for the Modi's initiative is reflected in the various key nations that have come on board to co-sponsor the resolution including the five permanent members of the Security Council China, France, Russia, UK and the United States.

Noting that Yoga is "an invaluable gift of our ancient tradition," Modi had said in the UN General Assembly that yoga is not about exercise "but to discover the sense of oneness with yourself, the world and the nature."

Yoga is the 5,000-year-old Indian physical, mental and spiritual practice that aim to transform body and
mind.

"By changing our lifestyle and creating consciousness, it can help us deal with climate change,"
he had said.
Posted by Unknown at 04:40:00 No comments: Links to this post

Barelvi cleric to go on indefinite fast to save cows!

BAREILLY: Cow protection activists across the country and abroad have an unexpected supporter in the form of Sunni cleric from the house of Barelvis, Maulana Tauqeer Raza. He has called for closure of meat factories and threatened to go on a fast-unto-death at Jantar Mantar in New Delhi if this is not done. Terming the meat factories as the biggest killers of cows in the country, the Maulana told TOI, "Islam states that the milk of a cow is like 'amrit' (nector) but it's meat is 'zeher' (poison) but look the factories exporting meat. They are not even sparing the Neelgai (blue bull) which is being captured from forests and slaughtered at these meat factories. Even the calves are not spared by unscrupulous meat exporters who do not care that in their bid to meet the target of exporting meat, they are destroying the future generation of this animal." Pressing for closure of meat factories, Tauqeer Raza said he feels stopping the slaughtering of cows would reduce price of milk by half and "preserve our cattle wealth which is vanishing fast with the mushrooming of meat exporting units feeding the markets of countries like Pakistan, Bangladesh and China".

He said it is a wrong notion that Muslims in India consume cow meat because it is prohibited by Shariat, which explicitly states that it should not be consumed as it is full of diseases. "But for filling the coffers of a handful of people, day is not far when cow milk would become history and we will be telling our future generations as to how milk tasted like." When asked what made him take up the issue of cow slaughter, the cleric said, "This region (Bareilly -Rohilkhand) has become notorious as red meat corridor of the country with almost daily seizures of cattle for illegal slaughtering in the meat factories at Rampur, Moradabad, Sambhal, Bijnore and Meerut. Initially, I thought that the matter should be raised by some Hindu organization to which I would lend my support. "But then I realized, that there is a general perception that Muslims are the ones who slaughter and consume meat which I wanted to remove from the minds of people who are, perhaps, oblivious to the fact that a majority of meat producing and exporting factories in India are owned by Hindus. Among them, many of the community which doesn't even consume onion and garlic and are strict vegetarians," he claimed. However Tauqeer Raza accepted that maximum number of such factories are located in Uttar Pradesh owing to state government's policy of granting indiscriminate licences. The jails of UP are full of people who are referred to as pashu taskar (cattle smugglers) whereas the fact remains that they are acting as conduits of factory owners who exceed their daily quota of animal for slaughtering from 500 a day to somewhere around 2,600. In this connection, the cleric said he would hand over a memorandum addressed to the CM and PM on Thursday and if action is not taken, he will sit on an indefinite fast at Jantar Mantar. Welcoming the decision, regional convenor, People for Animals (PFA), Dheeraj Yadav said, "It will be immensely beneficial for those waging the campaign against cow slaughter and will send a strong message among the masses that the cow is venerated by both Hindu and Muslims alike."
Posted by Unknown at 20:49:00 No comments: Links to this post

What Makes Marwaris Successful in Business? 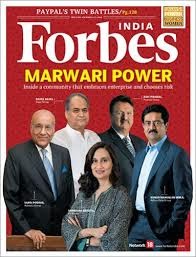 
New Delhi: From musty establishments in the dusty lanes of Kolkata's Burra Bazaar to towering office blocks in the financial nerve center of the country, Mumbai, the Marwari community plays a crucial role in turning the wheels of the country's economy as innovators, entrepreneurs and business leaders.Their extraordinary success forms the primary subject for Thomas A Timberg in his book 'The Marwaris: From Jagat Seth to the Birlas'.Speaking at a recent panel discussion here with author Gurcharan Das, Mr Timberg attempted to answer the fundamental question that cropped up: What makes the Marwaris so successful as a business community?"One of the reasons they are so successful, I think, is because of their ability to adapt to situations. A flexibility of mind is surely an important trait responsible for their extraordinary success" he said."The answer also probably lies in the fact the commercial communities in general, and Marwaris in particular, have successfully implemented attitudes, skills and support systems," he added.Elaborating further, Gurcharan Das enumerated a few characteristic traits which he attributed to the community."Their entrepreneurial instinct, credibility as businessmen and their community spirit are big factors in their success," he said.He also highlighted their risk-taking ability."The business world rewards those who take risks. The incredible achievements of the Marwaris have often been credited to their extraordinary risk-taking ability."Mr Das discussed the pitfalls of the socialist era and how that led to stagnation in the growth of the market and saw a downturn in the fortunes of business communities as a whole."Competition is the school in which companies learn to perfect their skills. By closing the economy and discouraging competition, socialism made Indian business houses complacent and insensitive to customer needs. They lost the incentive to improve their products and acquire marketing skills."In his book, Mr Timberg chronicles the journey of a community that, from the desert sands of Rajasthan, slowly spread out to all the corners of the country, and eventually achieved phenomenal success in their trade.Touching on this aspect, Mr Das writes in his foreword to the book, "With their enormous appetite for risk, the Marwaris controlled much of India's inland trade by the end of the First World War. Gradually they turned to industry after the war, and by 1970 they controlled much of the nation's private industrial assets, and by 2011 the Marwaris accounted for a quarter of the Indians on the Forbes list of billionaires."The book is part of a series edited by Gurcharan Das about Indian businesses. The previous books include 'Arthashastra', 'East India Company' and 'Money in Ancient India' among others.
Posted by Unknown at 20:44:00 No comments: Links to this post