Posted by Centre for Traditional Education at 14:22:00 No comments: Links to this post 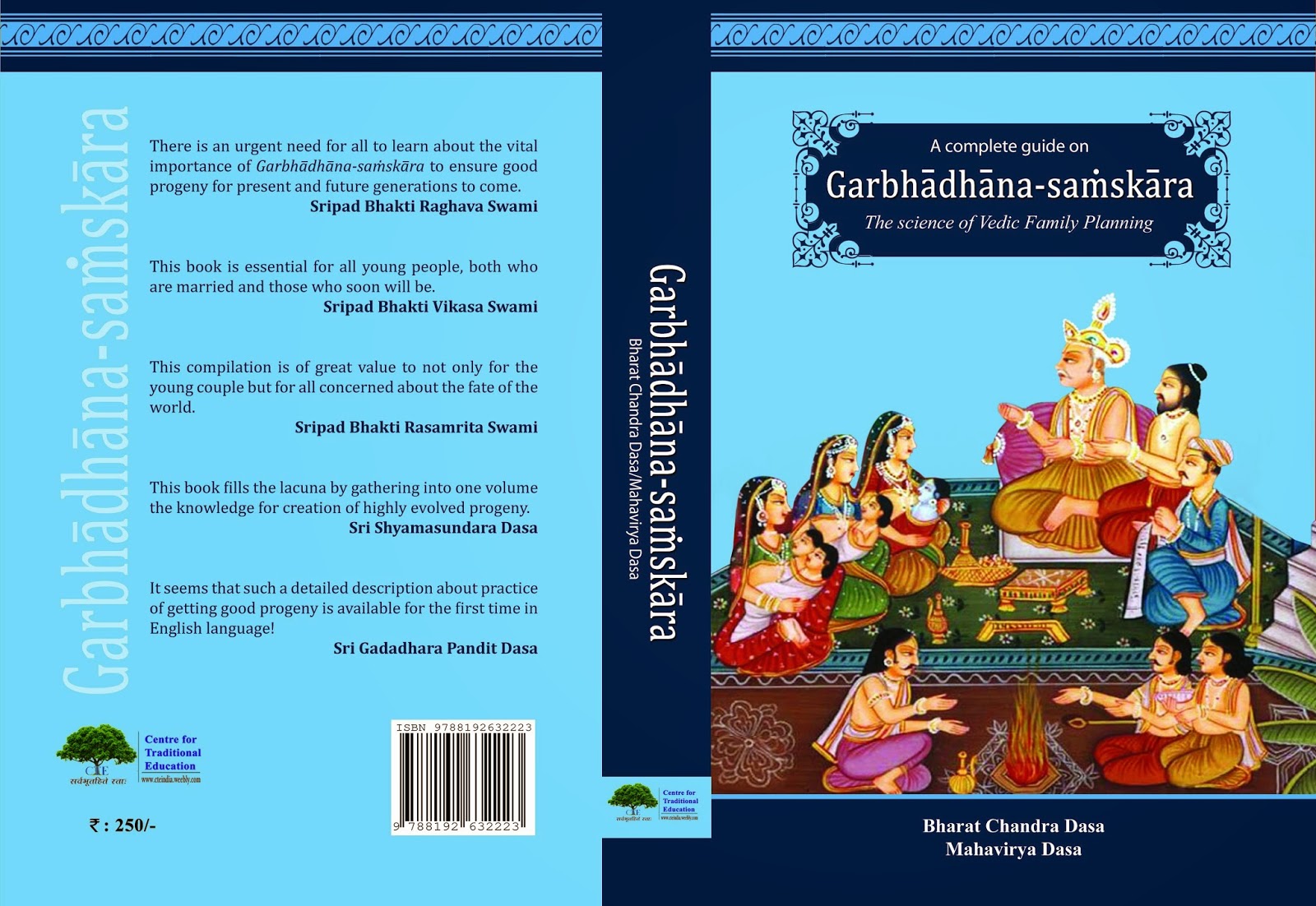 "It is to be concluded that while conceiving a child one's mind must be very sober and devotional. For this purpose the Garbhadhana-samskara is recommended in the Vedic scriptures. If the mind of the father is not sober, the semen discharged will not be very good. Thus the living entity, wrapped in the matter produced from the father and mother, will be demoniac like Hiraṇya̅kśa and Hiraṇyakaśipu. The conditions of conception are to be carefully studied. This is a very great science."

Gabhadhana-samskara, the first and most important of all the purificatory processes in the tradition of Sanatana dharma is yet either less prevalent today or almost extinct. Such a sacred practice remains obscure, less propagated and even less understood.


A snapshot from the Table of Contents is given below.


The book is available in the print version as well as in the Epub format. No of pages: 316, thickness: 0.8 inch.


Visit: www.cteindia.weebly.com and order your copy today, or write to:forcteindia@gmail.com.

There is an urgent need for all to learn about the vital importance of Garbhādhāna-saṁskāra to ensure good progeny for present and future generations to come.

This book is essential for all young people, both who are married and those who soon will be.

This compilation is of great value to not only for the young couple but for all concerned about the fate of the world.

This book fills the lacuna by gathering into one volume the knowledge for creation of highly evolved progeny.

It seems that such a detailed description about practice of getting good progeny is available for the first time in English language!

Chapter 2: Determining the right day and time for Garbhadhana-samskara

Chapter 5: Vows after conception and Diet during pregnancy


O son of Pa̅ndu, in that house where discussions of My appearance from the womb of Devaki̅ takes place, and are kept in the form of a book, no son will be born dead, and there will be no fear of miscarriage, disease, or widowhood, as well as no misfortune, pride, or quarrel. (Hari Bhakti Vila̅sa, 15.293-294)