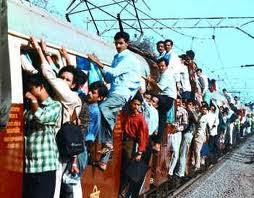 From the late 1990s, as the agrarian crisis began to bite, communities that had not resorted to migration before did so.

The re-classification of villages and towns, and the changes this brings to the nation's rural-urban profile, happens every decade. Yet only Census 2011 shows us a huge turnaround, with urban India adding more people (91 million) than rural India (90.6 million) for the first time in 90 years. Clearly, something huge has happened in the last 10 years that drives those numbers. And that is: huge, uncharted migrations of people seeking work as farming collapses. We may be looking at — and missing — this cruel drama in the countryside. A drama of millions leaving their homes in search of jobs that are not there. Of villages swiftly losing able-bodied adults, leaving behind the old, hungry and vulnerable. Of families that break up as their members head in diverse directions.

Neither the Census nor the National Sample Survey capture the fastest growing human movement of all — footloose migration (That is, the desperate search for work that drives poorer people in multiple directions with no clear final destination.). They are not geared to record short-term, step-by-step movements. For instance, many of the two million Oriyas outside their State in any year fall into this group. Take those from the Bolangir or Nuapada districts. Typically, they might spend a month or two in Raipur pulling rickshaws. Then work two or three months at brick kilns in Andhra Pradesh. Then serve as construction labourers shuttling around Mumbai or Thane for a few weeks each (Where they are often used on the higher floors in risky scaffolding. Local labour would demand more for that.).

Often, displaced farmers and workers simply move to towns and other places within the same State. As in Maharashtra or Andhra Pradesh for instance.

True, the Census cannot capture these movements of labour. Yet, if it still shows us the urban-rural numbers it does, that suggests a giant drama we have not begun to measure. The urban population and towns are swelling. And the Urban-Rural Growth Differential (URGD) is at its highest in 30 years despite the population growth rates falling all around (see Table). The massive migrations have gone hand in hand with a deepening agrarian crisis. One that has also seen over 240,000 farmers commit suicide between 1995 and 2009, most of them mired in debt (The Hindu, December 27, 2010). All along, there have been non-official, fragmented and micro signals of the chaos. Easy to dismiss as anecdotal, but still there to see if we choose to.

In the first half of the 1990s, there were just around three or four buses a day from Khariar in Nuapada district of Orissa to Raipur in Chhattisgarh. Now there are 11. Earlier, these buses mostly set out from Bhawanipatna (Kalahandi district headquarters) and went via Khariar to Raipur. Today they start out from more towns and reach much smaller places en route to pick up work-seekers. There have also been massive spikes in train travel to Raipur from and via this region. Both in the numbers of trains and passenger load. And a huge increase in informal ‘van' and jeep services ferrying thousands across the border. “What is left here to stay for?” Bishnu Podh, a footloose migrant in Nuapada, asked me. “Across the border there is a chance of work.” When Raipur emerged as a State capital, the human flow became a flood.

In 1994, there were few or no Kerala state transport corporation buses between Mananthavady in Wayanad district of Kerala and Kutta town in Karnataka. Till the farm crisis struck, cash-crop rich Wayanad had been a district of in-migration. So much so that it was called the “Gulf of Kerala.” By 2004, the KSRTC was running 24 trips daily between the two towns. “All work in Wayanad has come to a standstill,” Shinoj Thomas, a migrant that year, told me aboard a bus. “Just see the countless half-built houses in the district. These were begun when farming was doing well. Once the crisis came along, construction ceased. No one had any money to continue”. (The Hindu, December 26, 2004)

In 1993, there was barely one full service a week from the Mahbubnagar bus depot in the Telangana region to Mumbai. Ten years later there were around 40. (Not counting private, fly-by-night operators). “Without Mumbai and Pune we cannot survive,” Pandu Nayak, an Adivasi migrant had told me on a bus. “Our households are deep in debt. Our children, starving.” By 2003, the travellers too had changed. Earlier, there had been mainly Dalits and Lambada Adivasis, mostly agricultural labourers. Now there were carpenters, potters, small and even not-so-small farmers. A poignant moment during a 2003 trip was seeing a once-bonded labourer and his former master, a farmer, on the same bus to Mumbai, both seeking work. Meanwhile, each year, tens of thousands displaced by projects and SEZs from Polepally to Polavaram land up in Hyderabad and the surrounding urban regions.

The economic crisis of 2008 saw the closure of countless powerloom units in Gujarat. Yet in 2009, over 5,000 ‘unreserved' travellers from Ganjam, Orissa, still boarded trains for Gujarat almost every day at the Berhampur railway station. These were and are mostly labourers migrating for work in Surat and Mumbai. “Our employers [in Surat] know we have few options,” says Ganesh Pradhan in Ganjam. There are no days off, no recess, and 12-hour shifts. “Work is up, pay is down. The lunch break has gone…we're losing money and strength…. [But] it's not as if we know that things are much better anywhere else.” The list of such examples from across the country is endless.

Who are these migrants? From the late 90s, as the crisis began to bite, communities that had not resorted to migration before did so. The Dalits of Kalahandi in Orissa were migrants much earlier. From the ‘90s they were joined by Adivasis, milk-producer OBC groups and others. “The migrations of these past 15-20 years are overwhelmingly distress driven, footloose and often disruptive of the lifestyle, roots and family bonds of the migrant,” says economist Dr. K. Nagaraj, professor at the Asian College of Journalism, Chennai. “Very few of them gain in terms of acquiring skill and capital unlike those from the middle and upper classes. When the latter migrate, they usually make big gains in skill, capital and mobility in the jobs ladder.” This exodus signals the ruin of petty production in the countryside.

And yet, this great outflow of human beings from their homes in the villages is not spontaneous. A massive chain has sprung up of middlemen and labour contractors who gain heavily from this exodus and thus seek to organise it to their benefit. They supply labour at cheap rates to a variety of patrons — from town and city contractors and builders to corporations, including multinational companies. This not only helps depress the local wage, but also offers the patrons a pool of cheap labour that is desperate, unorganised, and thus relatively docile. The employers don't have to bother about the migrants' security, workplace conditions or any standard benefits a city labourer might know of and claim. To the workers, this system offers quick if low payments, crushing debt and unending despair.