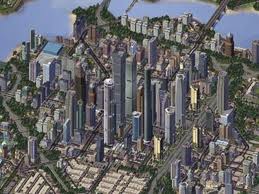 ____________________________________________________________________________
James Kurth is professor of political science at Swarthmore College.
Publication Information: Article Title: The Real Clash. Contributors: James
Kurth - author. Magazine Title: The National Interest. Issue: 37.
Publication Date: Fall 1994. Page Number: 3+. COPYRIGHT 1994 The National
Affairs, Inc.; COPYRIGHT 2002 Gale Group
Excerpt:
The transformation from industrial to post-industrial economy: At the most
obvious level, this means the replacement of industrial production with
service processes. These changes have been noted and discussed for more than
a generation, at least since Daniel Bell published his seminal The Coming of
Post-Industrial Society (1973). It will prove useful for our purposes,
however, to emphasize one dimension of this transformation--that of gender.
The agricultural economy was one that employed both men and women. They
were, it is true, employed at different tasks, but they worked at the same
place, the farm, which was also the home. The industrial economy largely
employed men. They worked both at different tasks from those of women and at
a different place, the factory, which was away from the home. The service
economy is like the agricultural economy in that it employs both men and
women. But it employs them at much the same tasks and at the same place, the
office. Like the industrial economy, that place is away from the home. These
simple differences in tasks and place have had and will continue to have
enormous consequences for society.
The greatest movement of the second half of the nineteenth century was the
movement of men from the farm to the factory. Out of that movement arose
many of the political movements that shaped the history of the
time--socialism and anti-socialism, revolutions, and civil wars. The full
consequences of this movement from the farm to the factory culminated in the
first half of the twentieth century with the Communist revolution in Russia,
the National Socialist reaction in Germany, and the Second World War that
included the great struggle between the two.
The greatest movement of the second half of the twentieth century has been
the movement of women from the home to the office. Out of that movement
there have already arisen political movements that are beginning to shape
the history of our own time. One is feminism, with its political demands
ranging from equal opportunity to academic deconstructionism to abortion
rights. Feminism has in turn produced a new form of conservatism. These new
conservatives speak of "family values;" their adversaries call them "the
religious right."
The full consequences of this movement from the home to the office will only
culminate in the first half of the twenty-first century. They may not take
the form of revolutions, civil wars, and world wars, as did the earlier
movement of men from the farm to the factory. Feminists have constructed
elaborate theories about how women are far less violent than men. But there
are other factors at work.
The movement from farm to factory in large measure brought about the
replacement of the extended family with the nuclear family. The movement
from home to office is carrying this process one step further. It separates
the parents from the children, as well as enabling the wife to separate
herself from the husband. By splitting the nuclear family, it is helping to
bring about the replacement of the nuclear family with the non-family
("non-traditional" family, as seen by feminists; no family at all, as seen
by conservatives). The splitting of the family's nucleus, like the splitting
of the atom's nucleus, will release an enormous amount of energy (which
feminists see as liberating and conservatives see as simply destructive).
Some indication of that energy, and its direction, may be gleaned from the
behavior of the children of split families or single-parent families,
especially where they have reached a critical mass forming more than half
the population, as in the large cities of America. In such locales, there is
not much evidence of "Western civilization" or even of civility. For
thousands of years, the city was the source of civilization. In contemporary
America, however, it has become the source of barbarism.
http://findarticles.com/p/articles/mi_m2751/is_n37/ai_16315038/pg_6/?tag=con
ten
t;col1
http://findarticles.com/p/articles/mi_m2751/is_n37/ai_16315038/pg_7/?tag=con
ten
t;col1
(Text PAMHO:22064694) --------------------------------------
------- End of Forwarded Message ------
Posted by Unknown at 03:57:00