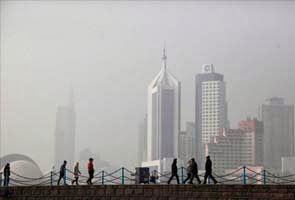 Beijing: In a grim warning against rapid urbanisation in China, a top
development official has said that reckless expansion of cities has turned
many of them into ghost towns with no occupants in sight.

"Nearly every big or medium-sized city across China has plans to erect a new
town," Qiao said.

New towns are usually bigger than old ones and thus many are left empty as a
result, he said at a forum on urban development in Jiangxi Province.

Official statistics showed that land used for urban construction rose by
83.41 per cent from 2000 to 2010, while the urban population saw an increase
of 45.12 per cent in the period, state-run Xinhua news agency reported.

China, a predominantly rural society, has rapidly urbanised in the past
decades with urban people now forming over 50 per cent of the population.
Posted by Unknown at 08:17:00